Onions – Allium cepa – are known to have been cultivated and selectively bred for over 7,000 years making them one of the oldest knows vegetables along with the potato. They are scientifically classified as an Allium which they share with many other well-known vegetables and plants such as Leeks and Garlic. Over 40 million tons of Onions are produced annually across the world, which means more Onions are grown in the world than any other vegetable. The UK produces around 450,000 tons a year.

Onions have been used for many different reasons throughout history. The Egyptians believed that the Onions and if shape and layered rings eternal life and used to them accordingly, they would often be used in burials to bring the dead back to life.

The Roman Gladiators used to rub onion all over their bodies as they thought they firmed the muscles up, while throughout the middle ages onions were used as currency. Some people believe that Onions are an aphrodisiac, indeed some sects in India do not eat onions for that reason.

We all know that Onions make you cry when you chop them, but why?? Well, Onions contain amino acid sulfoxide molecules and enzymes called these are both held within the onion cells. When you cut an onion you break the cells and allow the enzymes to mix which in turns the molecules into Sulphenic acid.

This Sulphenic acid then spontaneously rearranges to form S-oxide (!!) which is a volatile compound gas, when this gets in your eyes it reacts with the water to form a Sulphuric Acid which causes the burning sensation and triggers the tear gland to secrete tears.

It is commonly known that eating onions brings with it many health advantages. Onions contain a host of Phenolics and Flavonoids that have potential anti-inflammatory, anti-cholesterol, anticancer and antioxidant properties giving them an almost status.

Flavonoids in particular help reduce the risk of Heart disease, Onions one of the highest flavonoids contents of any vegetable similar to Broccoli and apples. Onions are typically nearly 90% water but still high in Vitamin B &amp; C as well as Folic and acid and dietary but low in fat and sodium levels. Onion Skins are high in Quercetin content which is a natural anti-histamine and anti-inflammatoryd so can help reduce of 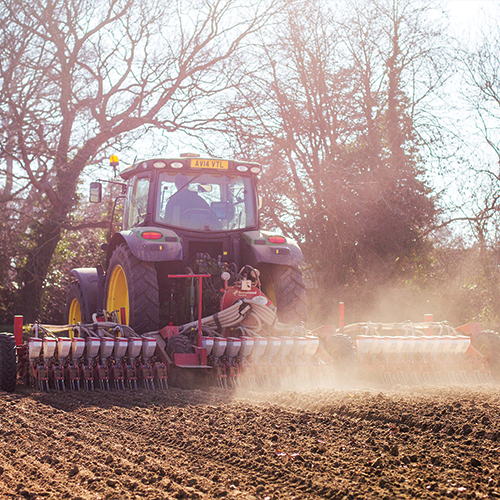 Onions are drilled as a seed ideally in early March after the last winter frost. The the rows are apart and the distance between each plant will affect how big the onions – the more space the plant has the bigger it will grow. Each onion seed produces one Onion.

An Onion can be planted as either a seed or a set. A set is small onion bulb grown the previous year which means that the set crop can is further ahead when planted and so can be harvested earlier. Once the set or seed is planted into the prepared onion bed it begins to sprout and put down roots. For the first 3 months of its growing the onion puts most of its energy into growing leaf and roots. Then around late June the bulb starts to bulk up, this is triggered by day length. The rate of this growth is of course determined by the amount of water, nutrients sunlight the plant has. To do our bit to help them along we irrigate the fields regularly during the summer when rainfall is (usually!) less, and make sure the soil has all the right levels of nutrients and minerals. , we can’t influence the sunshine!

The earlier set crops are hopefully ready to be harvested by early August and then the rest and majority of the crop will be harvested throughout September. Once harvested, the onions need to be dried out for a few weeks to get the skins finished just right and for the bulb to firm up. In hotter parts of the world this drying out can happen in the fields with natural sunlight and warmth, but in the UK it would probably rain while they were supposed to be drying and so we use large storage sheds with warm air fans to do the job.

Once the crop has been dried to the right level it can be maintained in store at this level and kept there for nearly 10 months in a state of dormancy. After this time the onion bulb is naturally trying to break dormancy and begin its growth cycle again and so will start to sprout again from the top of the bulb. This usually happens around the end of June, and this marks the end of the UK season.

As we said earlier, the UK season doesn’t start again until around early September which leaves roughly a gap where the UK needs to import onions to maintain availability over July and August.

The size of the import window is therefore determined by two factors.
1 – How long we can store the old crop for. This is a factor of the quality of the crop that has gone into and how well it has been stored over the time.
2 – How quickly we get the new crop to reach its point of harvest which is predominantly a factor of sunlight and temperature. 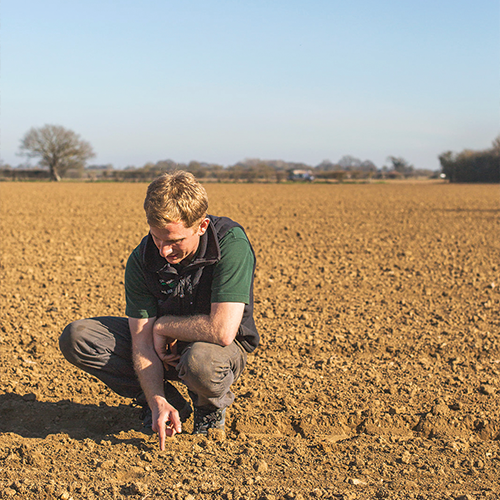